Do You Have a California Business That Collects Sales Tax? 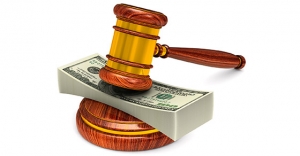 California businesses that collect sales tax from customers must correctly report the sales and remit the tax on time or face a possible 25% fraud penalty. The CA Dept. of Tax and Fee Administration (CDTFA) found that one restaurant owner significantly underreported sales and underpaid the related sales tax. On that basis, the CDTFA determined that he was not only subject to the 25% fraud penalty, but that he also met the criteria for a higher penalty of 40%. That is, evidence showed he knowingly collected sales tax to be remitted and failed to remit the full tax collected; also, the amount exceeded an established threshold. The CA Office of Tax Appeals upheld the penalty. If you have questions, please contact your Linkenheimer CPA. 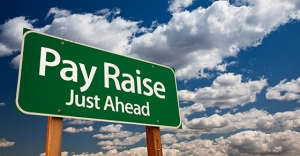 Affected by the Power Outages? Tax Relief May Be Available. 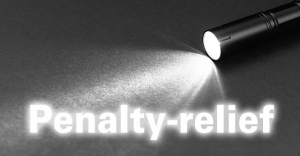 Some tax relief is available for California taxpayers affected by the frequent power shutoffs that plague the state. The CA Franchise Tax Board is advising taxpayers impacted by the safety-related power blackouts that began in October 2019 that they may be eligible for penalty relief if the penalties are due to the shutoffs. Taxpayers in impacted counties may request penalty abatement upon a showing of reasonable cause. For details, go to https://bit.ly/2PzCN9r and arrow down to “Extended deadlines.” If you have questions about how the shut offs may have affected you or your business with concerns related to tax payments or penalties, please contact your Linkenheimer CPA. 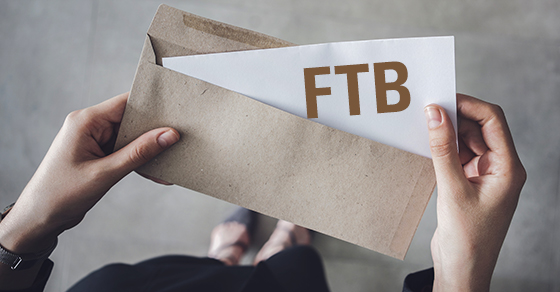 Beginning in late September and during October 2019 the CA Franchise Tax Board (FTB) will be sending 66,500 Notices of Assessment to taxpayers who filed as head-of-household but don’t qualify for that status. Taxpayers who disagree with the Notice of Proposed Assessment may log onto https://bit.ly/2k5JFOs. You may need to create an account. Or, contact the FTB by mail at Franchise Tax Board, PO Box 942840, Sacramento, CA 94240-5340, to file a protest. If you have questions, please contact your Linkenheimer CPA with questions. 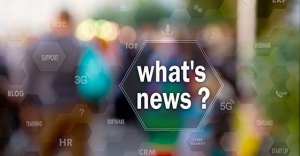 What’s new for 2018 California tax returns? The list of changes is long. That’s why the CA Franchise Tax Board has created a “Taxnews” page, with information about tax filing. The page includes information about credits such as the earned income credit, the new employment credit and the CA Competes credit, plus instructions for many other tax topics.

A few of the highlights include:

The Tax Cuts and Jobs Act (TCJA) signed into law on December 22, 2017, made changes to the Internal Revenue Code (IRC). In general, California Revenue and Taxation Code does not conform to the changes. California taxpayers continue to follow the IRC as of the specified date of January 1, 2015, with modifications. The IRS issued Notice 2019-11 to provide for a waiver of the estimated tax penalty for taxpayers whose 2018 federal income tax withholding and estimated tax payments fell short of their total tax liability for the year.

This relief is designed to help taxpayers who were unable to properly adjust their withholding and estimated tax payments to reflect an array of changes under the TCJA, the far-reaching tax reform law enacted in December 2017. For California purposes, the TJCA had no general impact to the […]

Victims of the Pawnee Fire in Lake County Get Tax Relief Victims of a California wildfire, dubbed the Pawnee Fire in Lake County, get tax relief from the CA Employment Development Dept. (EDD). Employers directly affected by the fire (which started on 6/23/18) may request a 60-day extension to accomplish some tax-related tasks. The tasks include filing state payroll reports and paying state payroll taxes. No penalty or interest will be charged to employers that are granted extra time. A written request for an extension must be received by EDD within 60 days from the original delinquent date for payments and returns.

Reminder Regarding Filing Statement of Information

Just a reminder for our business clients: California law requires corporations, limited liability companies and common interest development associations to update the records of the California Secretary of State on an annual or biennial basis by filing a statement, as described below.

Please refer to the instructions included with the form for complete filing information, applicable filing periods/due dates, fees required to file the statement, penalties for not timely filing the required statement, and statutory provisions.

For the second year running, California is a credit reduction state.  This means “we” have taken loans from the federal government to meet state unemployment benefit liabilities and have not repaid those loans within the allowable time frame.

The result of being an employer in a credit reduction state is higher tax due on the Form 940.  For the year ended December 31, 2012, the calculation results in $42 per employee as additional FUTA liability, bringing total FUTA tax per employee to $84 for the year.  The increased liability is considered incurred in the fourth quarter and is due by January 31 (with other annual payroll report filings).  For those filers that we process, explanation is provided with their reports.  Those who run reports off Quickbooks are often puzzled that the balance due with Form 940 is so much higher than last year.   Help them not to be puzzled.

As a practical matter, there is no predicting whether CA will be a credit reduction state again in 2013 (any bets  on whether “we” repay those loans in the coming months?).