Medical Expenses: What It Takes to Qualify for a Tax Deduction 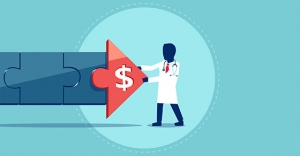 As we all know, medical services and prescription drugs are expensive. You may be able to deduct some of your expenses on your tax return but the rules make it difficult for many people to qualify. However, with proper planning, you may be able to time discretionary medical expenses to your advantage for tax purposes.

For 2019, the medical expense deduction can only be claimed to the extent your unreimbursed costs exceed 10% of your adjusted gross income (AGI). You also must itemize deductions on your return.

If your total itemized deductions for 2019 will exceed your standard deduction, moving or “bunching” non-urgent medical procedures and other controllable expenses into 2019 may allow you to exceed the 10% floor and benefit from the medical expense deduction. Controllable expenses include refilling prescription drugs, buying eyeglasses and contact lenses, going to the dentist and getting elective surgery.

In addition to hospital and […]

Wishing All a Happy Thanksgiving 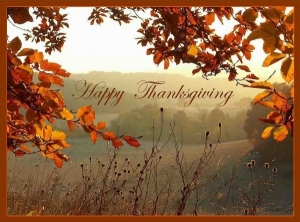 Here at Linkenheimer, we want to say thank you to our clients and community, who have given the opportunity to serve you over the past year. We say that “we want to change lives locally and abroad through the work we do, the relationships we develop and the charities we support” and we couldn’t do that without your help. We are grateful for the trust you’ve placed in us, the friendships that have developed and grown and we consider each of you part of the Linkenheimer team. So from all of us at Linkenheimer, we hope this season is filled with lots of happiness, joy, health, and prosperity. May your home be filled with love on this wonderful occasion. Happy Thanksgiving.

Using Your 401(k) Plan to Save This Year and Next

If you’re not already contributing the maximum allowed, consider increasing your contribution rate between now and year end. Because of tax-deferred compounding (tax-free in the case of Roth accounts), boosting contributions sooner rather than later can have a significant impact on the size of your nest egg at retirement.

A traditional 401(k) offers many benefits, including these:

Small Businesses: Get Ready for Your 1099-MISC Reporting Requirements 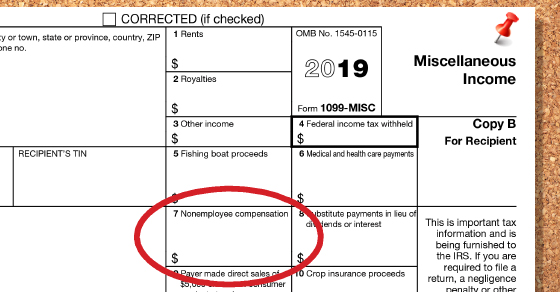 A month after the new year begins, your business may be required to comply with rules to report amounts paid to independent contractors, vendors and others. You may have to send 1099-MISC forms to those whom you pay non-employee compensation, as well as file copies with the IRS. This task can be time consuming and there are penalties for not complying, so it’s a good idea to begin gathering information early to help ensure smooth filing.

There are many types of 1099 forms. For example, 1099-INT is sent out to report interest income and 1099-B is used to report broker transactions and barter exchanges. Employers must provide a Form 1099-MISC for non-employee compensation by January 31, 2020, to each non-corporate service provider who was paid at least $600 for services during 2019. (1099-MISC forms generally don’t have to be provided to corporate service providers, although there are exceptions.)

2019 Q4 Tax Calendar: Key Deadlines for Businesses and Other Employers 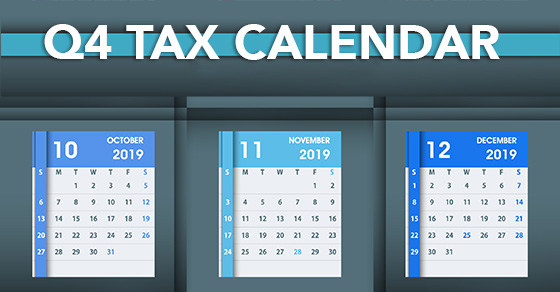 Here are some of the key tax-related deadlines affecting businesses and other employers during the fourth quarter of 2019. Keep in mind that this list isn’t all-inclusive, so there may be additional deadlines that apply to you. Contact your Linkenheimer CPA to ensure you’re meeting all applicable deadlines and to learn more about the filing requirements.

Three Questions You May Have After You File Your Return 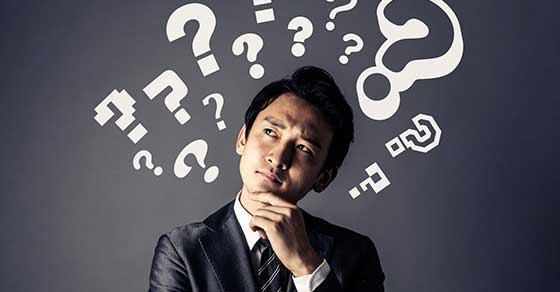 Once your 2018 tax return has been successfully filed with the IRS, you may still have some questions. Here are brief answers to three questions that we’re frequently asked at this time of year.

Question #1: What tax records can I throw away now?

At a minimum, keep tax records related to your return for as long as the IRS can audit your return or assess additional taxes. In general, the statute of limitations is three years after you file your return. So you can generally get rid of most records related to tax returns for 2015 and earlier years. (If you filed an extension for your 2015 return, hold on to your records until at least three years from when you filed the extended return.)

However, the statute of limitations extends to six years for taxpayers who understate their gross income by more than 25%. 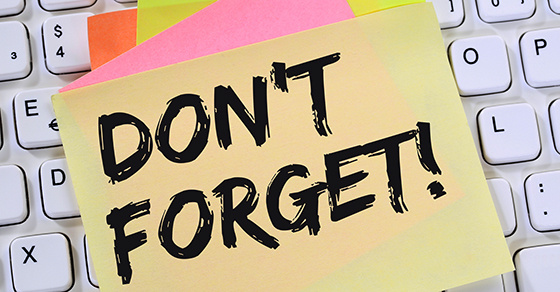 If you’re a California resident who owes estimated CA tax payments, your next payment due date is rolling up fast. By April 15, the first installment of your 2019 state tax is due. Generally, you must make estimated payments if you expect to owe at least $500 for 2019, after you subtract withholding or credits you may have, or face penalties. To learn more about who is required to make estimated payments, how to pay, and how to obtain a handy worksheet to calculate the correct amount, click on https://bit.ly/2FJ03wl or contact your Linkenheimer CPA for help. 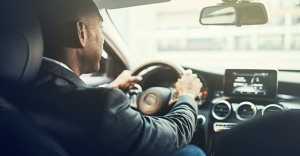 It’s not just businesses that can deduct vehicle-related expenses. Individuals also can deduct them in certain circumstances. Unfortunately, the Tax Cuts and Jobs Act (TCJA) might reduce your deduction compared to what you claimed on your 2017 return.

If you’re self-employed, business mileage is deducted from self-employment income. Therefore, it’s not subject to the 2% floor and is still deductible for 2018 […]

There’s Still Time to Get Substantiation for 2018 Donations

If you’re like many Americans, letters from your favorite charities have been appearing in your mailbox in recent weeks acknowledging your 2018 year-end donations. But what happens if you haven’t received such a letter — can you still claim an itemized deduction for the gift on your 2018 income tax return? It depends.

To support a charitable deduction, you need to comply with IRS substantiation requirements. This generally includes obtaining a contemporaneous written acknowledgment from the charity stating the amount of the donation, whether you received any goods or services in consideration for the donation, and the value of any such goods or services.

“Contemporaneous” means the earlier of 1) the date you file your tax return, or 2) the extended due date of your return. So if you made a donation in 2018 but haven’t yet received substantiation from the charity, it’s not too late — as long as you haven’t filed your 2018 return. Contact […] A variety of tax-related limits affecting businesses are annually indexed for inflation, and many have gone up for 2019. Here’s a look at some that may affect you and your business.

Additional rules apply to these […]