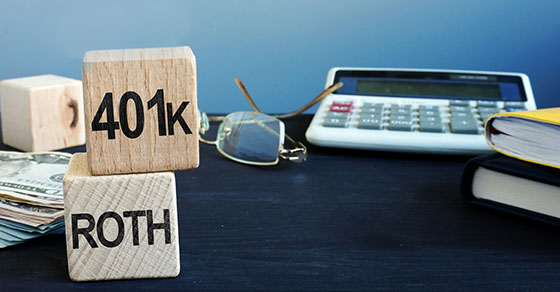 Roth 401(k) accounts have been around for 13 years now. Studies show that more employers are offering them each year. A recent study by the Plan Sponsor Council of America (PSCA) found that Roth 401(k)s are now available at 70% of employer plans, up from 55.6% of plans in 2016.

However, despite the prevalence of employers offering Roth 401(k)s, most employees aren’t choosing to contribute to them. The PSCA found that only 20% of participants who have access to a Roth 401(k) made contributions to one in 2017. Perhaps it’s because they don’t understand them.

If you offer a Roth 401(k) or you’re considering one, educate your employees about the accounts to boost participation.

As the name implies, these plans are a hybrid — taking some characteristics from Roth IRAs and some from employer-sponsored 401(k)s.

Note: The ability to contribute to a Roth IRA is phased out for upper-income taxpayers, but there’s no such restriction for a Roth 401(k).

The pros and cons

Unlike with traditional 401(k)s, contributions to employees’ accounts are made with after-tax dollars, instead of pretax dollars. Therefore, employees forfeit a key 401(k) tax benefit. On the plus side, after an initial period of five years, “qualified distributions” are 100% exempt from federal income tax, just like qualified distributions from a Roth IRA. In contrast, regular 401(k) distributions are taxed at ordinary-income rates, which are currently up to 37%.

In general, qualified distributions are those:

A Roth 401(k) is more beneficial than a traditional 401(k) for some participants, but not all. For example, it may be valuable for employees who expect to be in higher federal and state tax brackets in retirement. Contact your Linkenheimer CPA if you have questions about adding a Roth 401(k) to your benefits lineup.