Make a Deductible IRA Contribution for 2018. It’s Not Too Late! 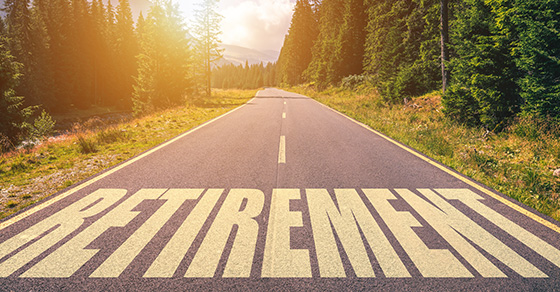 Do you want to save more for retirement on a tax-favored basis? If so, and if you qualify, you can make a deductible traditional IRA contribution for the 2018 tax year between now and the tax filing deadline and claim the write-off on your 2018 return. Or you can contribute to a Roth IRA and avoid paying taxes on future withdrawals.

The deadline for 2018 traditional and Roth contributions for most taxpayers is April 15, 2019 (April 17 for those in Maine and Massachusetts).

There are some ground rules. You must have enough 2018 earned income (from jobs, self-employment or alimony) to equal or exceed your IRA contributions for the tax year. If you’re married, either spouse can provide the necessary earned income. And you can’t make a deductible contribution to a traditional IRA if you were 70½ or older as of December 31, 2018. (But you can make one to a Roth IRA after […]

Still Working After Age 70½? You May Not Have to Begin 401(k) Withdrawals 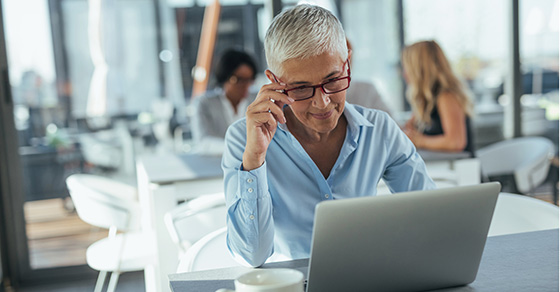 If you participate in a qualified retirement plan, such as a 401(k), you must generally begin taking required withdrawals from the plan no later than April 1 of the year after which you turn age 70½. However, there’s an exception that applies to certain plan participants who are still working for the entire year in which they turn 70½.

The basics of RMDs

Required minimum distributions (RMDs) are the amounts you’re legally required to withdraw from your qualified retirement plans and traditional IRAs after reaching age 70½. Essentially, the tax law requires you to tap into your retirement assets — and begin paying taxes on them — whether you want to or not.

Under the tax code, RMDs must begin to be taken from qualified pension, profit sharing and stock bonus plans by a certain date. That date is April 1 of the year following the later of the calendar year in which an employee:

Once they begin, RMDs must generally continue each year. The tax penalty for withdrawing less than the RMD amount is 50% of the portion […] 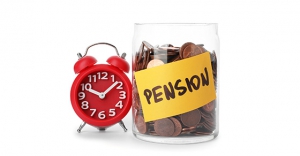 If you own a business and don’t have a tax-advantaged retirement plan, it’s not too late to establish one and reduce your 2018 tax bill. A Simplified Employee Pension (SEP) can still be set up for 2018, and you can make contributions to it that you can deduct on your 2018 income tax return.

A SEP can be set up as late as the due date (including extensions) of your income tax return for the tax year for which the SEP is to first apply. That means you can establish a SEP for 2018 in 2019 as long as you do it before your 2018 return filing deadline. You have until the same deadline to make 2018 contributions and still claim a potentially substantial deduction on your 2018 return.

With a SEP, you can decide how much to contribute each year. You aren’t obligated to make any certain minimum contributions annually.

Charitable IRA Rollovers May Be Especially Beneficial in 2018 If you’re age 70½ or older, you can make direct contributions — up to $100,000 annually — from your IRA to qualified charitable organizations without owing any income tax on the distributions. This break may be especially beneficial now because of Tax Cuts and Jobs Act (TCJA) changes that affect who can benefit from the itemized deduction for charitable donations.

Counts toward your RMD

A charitable IRA rollover can be used to satisfy required minimum distributions (RMDs). You must begin to take annual RMDs from your traditional IRAs in the year you reach age 70½. If you don’t comply, you can owe a penalty equal to 50% of the amount you should have withdrawn but didn’t. (Deferral is allowed for the initial year, but you’ll have to take two RMDs the next year.)

So if you don’t need the RMD for your living expenses, a charitable IRA rollover can be a great way to comply with the RMD requirement without triggering the tax […] If your small business doesn’t offer its employees a retirement plan, you may want to consider a SIMPLE IRA. Offering a retirement plan can provide your business with valuable tax deductions and help you attract and retain employees. For a variety of reasons, a SIMPLE IRA can be a particularly appealing option for small businesses. The deadline for setting one up for this year is October 1, 2018.

SIMPLE stands for “savings incentive match plan for employees.” As the name implies, these plans are simple to set up and administer. Unlike 401(k) plans, SIMPLE IRAs don’t require annual filings or discrimination testing.

SIMPLE IRAs are available to businesses with 100 or fewer employees. Employers must contribute and employees have the option to contribute. The contributions are pretax, and accounts can grow tax-deferred like a traditional IRA or 401(k) plan, with distributions taxed when taken in retirement.

As the employer, you can choose from two contribution options: Converting a traditional IRA to a Roth IRA can provide tax-free growth and tax-free withdrawals in retirement. But what if you convert your traditional IRA — subject to income taxes on all earnings and deductible contributions — and then discover you would have been better off if you hadn’t converted it?

Here are some reasons you might want to recharacterize a 2017 Roth IRA conversion: Available in one form or another since the mid-1970s, individual retirement arrangements (IRAs) are designed to enable employees and the self-employed to save for retirement. Contributions to traditional IRAs are often deductible, but distributions, usually after age 59½, are generally taxable. Though contributions to Roth IRAs are not deductible, qualified distributions, usually after age 59½, are tax-free. Those with traditional IRAs must begin receiving distributions by April 1 of the year following the year they turn 70½, but there is no similar requirement for Roth IRAs.

Most taxpayers with qualifying income are either eligible to set up a traditional or Roth IRA or add money to an existing account. To count for a 2016 tax return, contributions must be made by April 18, 2017. In addition, low- and moderate-income taxpayers making these contributions may also qualify for the saver’s credit when they complete their 2016 tax returns. Individuals who turned 70 1/2 in 2016, but opted to wait until 2017 to begin taking their RMD for 2016 must receive their 2016 RMD by 4/1/17, even though that date falls on a Saturday. IRS Pub. 590-B, Distributions from Individual Retirement Arrangements (IRAs), does not offer an alternative date, such as the following Monday, 4/3/17, to receive the distribution, so please keep that in mind. If you have any questions, please contact your Linkenheimer CPA.

Individuals who attained age 70 1/2 in 2015 must begin taking Required Minimum Distributions (RMDs) from their traditional IRAs by 4/1/16. Qualified retirement plan participants (e.g., 401(k) participants) also must begin taking RMDs if they reached age 70 1/2 or retired in 2015, whichever came later (except for 5% owners, who are subject to the IRA rules). Note that a qualified plan may require all employees (including non-5% owners) to take RMDs by April 1 of the year following the year the employee attains age 70 1/2. If you have any questions about the deadlines or RMDs, please contact your Linkenheimer CPA.

Eligible taxpayers have until Wednesday, 12/31/14, to make Qualified Charitable Distributions (QCDs) from their IRAs. QCDs of up to $100,000 per year from IRAs are available to taxpayers who are age 70.5 or older. QCDs are not taxable, and they can be can’t be deducted as a charitable contribution. However, they can be counted as 2014 Required Minimum Distributions (RMDs) if made by the 12/31/14 deadline. Although this break was set to expire on 12/31/13, it was extended through 2014 by the recently enacted TIPA (Tax Increase Prevention Act).