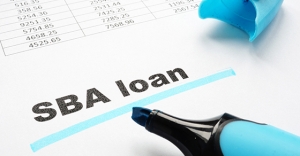 Congratulations if you received a Paycheck Protection Program (PPP) loan! We hope it provides much needed cash during these uncertain times. Now that you have the funds, we want to point out certain steps you should take over the next eight weeks to ensure maximum forgiveness of your PPP loan.

Use the Funds for Forgivable Purposes. Forgiveness of your PPP loan depends largely on whether you use the money to pay forgivable expenses. These include (1) payroll costs (if you’re self-employed, these costs include the net profit amount from your business, as reported on your 2019 tax return), (2) interest payments on mortgages incurred before 2/15/20, (3) rent payments on leases dated before 2/15/20, and (4) utility payments under service agreements dated before 2/15/20. However, according to the Small Business Administration (SBA), not more than 25% of the forgivable loan amount (the amount of the loan used to pay forgivable expenses) may be attributable to nonpayroll costs. In other words, at least 75% of the loan must be used for payroll costs.

To help you meet this requirement, consider implementing the following best practices:

Should You Elect S Corporation Status? 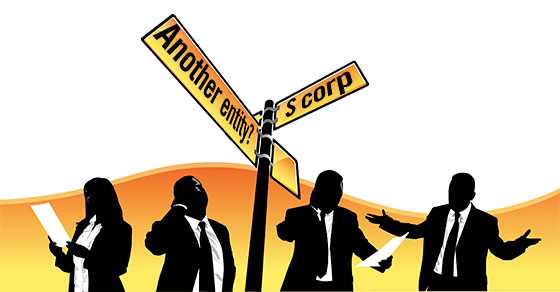 Operating a business as an S corporation may provide many advantages, including limited liability for owners and no double taxation (at least at the federal level). Self-employed people may also be able to lower their exposure to Social Security and Medicare taxes if they structure their businesses as S corps for federal tax purposes. But not all businesses are eligible — and with changes under the Tax Cuts and Jobs Act, S corps may not be as appealing as they once were.

But double taxation may be less of a concern today due to the 21% flat income tax rate that now applies to C corporations. Meanwhile, the top individual income tax rate is […] 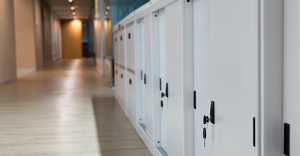 After insurance policies expire, many businesses just throw away the paper copies and delete the digital files. But you may need to produce evidence of certain kinds of insurance even after the coverage period has expired. For this reason, it’s best to take a long-term approach to certain types of policies.

Generally, the policy types in question are called “occurrence-based.” They include:

You should retain documentation of occurrence-based policies permanently (or as long as your business is operating). A good example of why is in cases of embezzlement. Employee fraud of this kind may be covered under a commercial crime and theft policy. However, embezzlement sometimes isn’t uncovered until years after the crime has taken place.

For instance, suppose that, during an audit, you learn an employee was embezzling funds three years ago. But the policy that covered this type of theft has since expired. To receive an insurance payout, you’d need to produce the policy documents to prove […]

When are LLC Members Subject to Self-Employment Tax? Limited liability company (LLC) members commonly claim that their distributive shares of LLC income — after deducting compensation for services in the form of guaranteed payments — aren’t subject to self-employment (SE) tax. But the IRS has been cracking down on LLC members it claims have underreported SE income, with some success in court.

Self-employment income is subject to a 12.4% Social Security tax (up to the wage base) and a 2.9% Medicare tax. Generally, if you’re a member of a partnership — including an LLC taxed as a partnership — that conducts a trade or business, you’re considered self-employed.

General partners pay SE tax on all their business income from the partnership, whether it’s distributed or not. Limited partners, however, are subject to SE tax only on any guaranteed payments for services they provide to the partnership. The rationale is that limited partners, who have no management authority, are more akin to passive investors. The Tax Cuts and Jobs Act (TCJA) has enhanced two depreciation-related breaks that are popular year-end tax planning tools for businesses. To take advantage of these breaks, you must purchase qualifying assets and place them in service by the end of the tax year. That means there’s still time to reduce your 2018 tax liability with these breaks, but you need to act soon.

Sec. 179 expensing is valuable because it allows businesses to deduct up to 100% of the cost of qualifying assets in Year 1 instead of depreciating the cost over a number of years. Sec. 179 expensing can be used for assets such as equipment, furniture and software. Beginning in 2018, the TCJA expanded the list of qualifying assets to include qualified improvement property, certain property used primarily to furnish lodging and the following improvements to nonresidential real property: roofs, HVAC equipment, fire protection and alarm systems, and security systems.

Selling Your Business? Defer — and Possibly Reduce — Tax with an Installment Sale You’ve spent years building your company and now are ready to move on to something else, whether launching a new business, taking advantage of another career opportunity or retiring. Whatever your plans, you want to get the return from your business that you’ve earned from all of the time and money you’ve put into it.

That means not only getting a good price, but also minimizing the tax hit on the proceeds. One option that can help you defer tax and perhaps even reduce it is an installment sale.

With an installment sale, you don’t receive a lump sum payment when the deal closes. Instead, you receive installment payments over a period of time, spreading the gain over a number of years.

This generally defers tax, because you pay most of the tax liability as you receive the payments. Usually tax deferral is beneficial, but it could be especially beneficial if it would allow […]

Each year we meet with our clients to review their projected taxes for the year and see what actions can be taken to minimize their tax liability.  The usual actions are to defer income to the following year, accelerate deductions into the current year, and take advantage of tax credits. This year, the year-end tax planning process is turning in a different direction.
With the looming expiration of many tax deductions and increase in tax rates that begin in 2013, some clients are considering taking a reverse course by accelerating income and deferring deductions as a plan to minimize taxes. In addition to changes in the income tax code, unless Congress passes new legislation, the estate taxes are dramatically changing in 2013. Until December 31, 2012 each person can make gifts during their lifetime of up to $5,120,000 without incurring a gift tax. Starting in 2013, unless new legislation is passed, the lifetime exemption drops back to $1,000,000. This exemption is in addition to the annual exemption on gifts of $13,000 or less.
As year-end is quickly approaching, now is the time to review […]
By Linkenheimer LLP|2012-10-04T22:11:00+00:00October 4th, 2012|2012, CPA, credit, filing deadline, gift tax, liability, Linkenheimer, planning, Santa Rosa, taxes, year-end|0 Comments
Read More