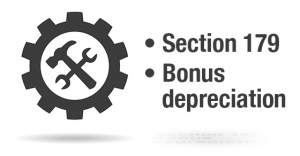 At this time of year, many business owners ask if there’s anything they can do to save tax for the year. Under current tax law, there are two valuable depreciation-related tax breaks that may help your business reduce its 2019 tax liability. To benefit from these deductions, you must buy eligible machinery, equipment, furniture or other assets and place them into service by the end of the tax year. In other words, you can claim a full deduction for 2019 even if you acquire assets and place them in service during the last days of the year.

Under Section 179, you can deduct (or expense) up to 100% of the cost of qualifying assets in Year 1 instead of depreciating the cost over a number of years. For tax years beginning in 2019, the expensing limit is $1,020,000. The deduction begins to phase out on a dollar-for-dollar basis for 2019 when total asset acquisitions for the year exceed $2,550,000.

Sec. 179 expensing is generally available for most depreciable property (other than buildings) and off-the-shelf computer software. It’s also available for: 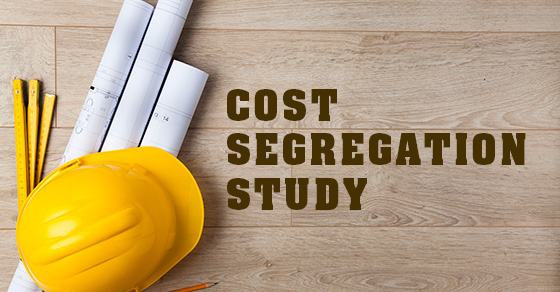 Is your business depreciating over a 30-year period the entire cost of constructing the building that houses your operation? If so, you should consider a cost segregation study. It may allow you to accelerate depreciation deductions on certain items, thereby reducing taxes and boosting cash flow. And under current law, the potential benefits of a cost segregation study are now even greater than they were a few years ago due to enhancements to certain depreciation-related tax breaks.

Business buildings generally have a 39-year depreciation period (27.5 years for residential rental properties). Most times, you depreciate a building’s structural components, including walls, windows, HVAC systems, elevators, plumbing and wiring, along with the building. Personal property — such as equipment, machinery, furniture and fixtures — is eligible for accelerated depreciation, usually over five or seven years. And land improvements, such as fences, outdoor lighting and parking lots, are depreciable over 15 years.

Often, businesses allocate all or most of their […] 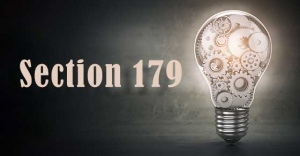 Even better, the Sec. 179 deduction isn’t the only avenue for immediate tax write-offs for qualified assets. Under the 100% bonus depreciation tax break provided by the TCJA, the entire cost of eligible assets placed in service in 2019 can be written off this year.

The Sec. 179 deduction applies to tangible personal property such as machinery and equipment purchased for use in a trade or business, and, if the taxpayer elects, qualified real property. It’s generally available on a tax year basis and is subject to a dollar limit.

If you’re considering buying or selling a business — or you’re in the process of a merger or acquisition — it’s important that both parties report the transaction to the IRS in the same way. Otherwise, you may increase your chances of being audited.

If a sale involves business assets (as opposed to stock or ownership interests), the buyer and the seller must generally report to the IRS the purchase price allocations that both use. This is done by attaching IRS Form 8594, “Asset Acquisition Statement,” to each of their respective federal income tax returns for the tax year that includes the transaction.

In addition to reporting the items above, you must also disclose […]

Will Leasing Equipment or Buying it be More Tax Efficient for Your Business? 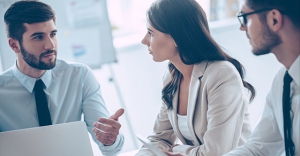 Recent changes to federal tax law and accounting rules could affect whether you decide to lease or buy equipment or other fixed assets. Although there’s no universal “right” choice, many businesses that formerly leased assets are now deciding to buy them.

Pros and cons of leasing

From a cash flow perspective, leasing can be more attractive than buying. And leasing does provide some tax benefits: Lease payments generally are tax deductible as “ordinary and necessary” business expenses. (Annual deduction limits may apply.)

Leasing used to be advantageous from a financial reporting standpoint. But new accounting rules that bring leases to the lessee’s balance sheet go into effect in 2020 for calendar-year private companies. So, lease obligations will show up as liabilities, similar to purchased assets that are financed with traditional bank loans.

Leasing also has some potential drawbacks. Over the long run, leasing an asset may cost you more than buying it, and […]

Depreciation-Related Breaks on Business Real Estate: What You Need to Know When You File Your 2018 Return Commercial buildings and improvements generally are depreciated over 39 years, which essentially means you can deduct a portion of the cost every year over the depreciation period. (Land isn’t depreciable.) But special tax breaks that allow deductions to be taken more quickly are available for certain real estate investments.

Some of these were enhanced by the Tax Cuts and Jobs Act (TCJA) and may provide a bigger benefit when you file your 2018 tax return. But there’s one break you might not be able to enjoy due to a drafting error in the TCJA.

This allows you to deduct (rather than depreciate over a number of years) qualified improvement property — a definition expanded by the TCJA from qualified leasehold-improvement, restaurant and retail-improvement property. The TCJA also allows Sec. 179 expensing for certain depreciable tangible personal property used predominantly to furnish lodging and for the following improvements to nonresidential real property: roofs, HVAC equipment, fire protection and alarm systems, and […]

Could a Cost Segregation Study Help You Accelerate Depreciation Deductions? Businesses that acquire, construct or substantially improve a building — or did so in previous years — should consider a cost segregation study. It may allow you to accelerate depreciation deductions, thus reducing taxes and boosting cash flow. And the potential benefits are now even greater due to enhancements to certain depreciation-related breaks under the Tax Cuts and Jobs Act (TCJA).

IRS rules generally allow you to depreciate commercial buildings over 39 years (27½ years for residential properties). Most times, you’ll depreciate a building’s structural components — such as walls, windows, HVAC systems, elevators, plumbing and wiring — along with the building. Personal property — such as equipment, machinery, furniture and fixtures — is eligible for accelerated depreciation, usually over five or seven years. And land improvements — fences, outdoor lighting and parking lots, for example — are depreciable over 15 years.

Too often, businesses allocate all or most of a building’s acquisition or construction costs to […] The PATH Act makes permanent the enhanced Code Sec. 179  expensing and phaseout limits, and 15-year write-off for qualifying leasehold improvements, restaurant buildings and improvements, and retail improvements. In addition, the Act provides for a retroactive extension of provisions that had expired at the end of 2014, including 50% bonus first-year depreciation (at a rate that gradually decreases). For further information and to discuss whether your purchase is a “qualifying property”, please contact us.

One of the more interesting and potentially very beneficial amendments to the Internal Revenue Code as a result of the 2015 PATH Act related to vineyards are the new provisions related to bonus depreciation and the deemed time of placement-into-service to an earlier date for certain fruit bearing trees and vines.

Under the old provision (IRC §168(k)) the allowance of 50% bonus depreciation would only be available in the year the property is placed into service. In the case of fruit bearing grape vines, this would be when the vine becomes income producing (typically a few years after planting).

However, under the new amendment (IRC §168(k)(5)) the rules shifted the deemed time of placement-into-service to a much earlier date. Grape vines now become “qualified property” when planted and are eligible for the 50% bonus depreciation in their first year.

There are other caveats to the new provisions, however generally taxpayers will be allowed depreciation deductions sooner for planted vines.  If you think this may apply to you or you’re interested in hearing more, please feel free to contact us and one of our professional staff would be happy to help you.

Note: This provision only applies to vines […]

Passenger autos used primarily for business (i.e., greater than 50 percent) are subject to significant federal depreciation limitations, e.g., $3,160 for passenger autos and $3,460 for light trucks or vans in the first year at 100 percent business use. However, the luxury auto depreciation limitations only apply to passenger autos. A truck or van escapes passenger auto status if its Gross Vehicle Weight Rating (GVWR-the manufacturer’s maximum weight rating when loaded to capacity) exceeds 6,000 pounds. A vehicle that is not classified as a passenger auto and used primarily for business is depreciated without limit under the MACRS rules. And, these vehicles also qualify for the Section 179 deduction. Under current 2015 tax law, you can expense a total of $25,000 for all eligible property placed in service in tax years beginning in 2015 using Section 179. However, Congress may extend the increased Section 179 ($500,000) and bonus depreciation (50 percent) that existed for 2014. It should be noted that qualified vehicles are likely subject to a $25,000 per vehicle limit for Section 179 expensing if Congress extends the increased deductions. And, you must have real-time records (such as a mileage log) that establish […]