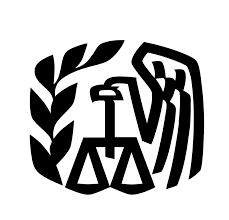 April 15 isn’t most Americans’ favorite day, and that’s because most years, it’s the official, federal tax deadline (for the first time in 65 years, tax day now falls on a different day, July 15, 2020) . Tax Day, as it’s called, has a long and interesting history in the States that goes all the way back to Abe Lincoln’s leadership. Federal income tax was introduced with the Revenue Act of 1861 to help fund the Civil War, and subsequently repealed, re-adopted, and held unconstitutional. The early taxes were based on assessments, not voluntary tax returns. Tax payment dates varied by act.

Abraham Lincoln, who was an American president from 1861 to 1865, proclaimed the first federal income tax his first year in office. 1861—particularly August 5—is the historical day that marks the future-changing decision. At the time, Lincoln announced a 3% tax rate for anyone who made over $800 a year (roughly $24,000 with today’s inflation). The decision was made to help fund the Union’s efforts during the civil war. Though we are still being taxed today, Lincoln’s tax system was repealed in 1871.

The federal government had tried a national income tax in 1894. The case of Pollock v. Farmers’ Loan & Trust Co. challenged the constitutionality of the Wilson–Gorman Tariff Act of 1894, which taxed incomes over $4,000 at the rate of 2%. But it was unconstitutional because all federal taxes were based on state population at that time.  These tariff taxes were aimed at imports and exports, that hurt the middle-class at the time, as they spent more of their income on these day to day necessities. It also taxed cigarettes and alcohol so heavily, that at the time, 90% of the government revenue came just from those two taxes alone. The only solution was to amend the Constitution, and the 16th Amendment did just that. Congress passed the 16th Amendment creating the income tax on February 3, 1913. Congress gave everyone a year plus six weeks as the first deadline. Only 358,000 Americans filed returns, which was fewer than 0.4 percent of the population. The filing deadline for individuals was March 1 in 1913 (the first year of a federal income tax), and was changed to March 15 in 1918.

To try and get more people to file, the Revenue Act of 1918 moved the deadline to March 15 while also imposing a 77% tax on the highest income. Congress needed to raise money for the U.S. involvement in World War I and also sought to replace tariffs. World War I disrupted trade, significantly lowering the government’s revenue from tariffs. The income tax was so successful that the Internal Revenue Service couldn’t keep up. The IRS hadn’t finished auditing returns by the time taxes were due in 1919.

The Depression had lower incomes so significantly that people had stopped paying taxes. So Congress then decided to raise taxes and remove exemptions to help fun World War II and it became a patriotic duty for Americans to pay their taxes. Songs were wrote by many famous composers regarding the need for taxes and the IRS made posters reminding citizens to pay and support their country. Around this time, the Treasury Department began withholding taxes from employee paychecks and the W-2  was then born.

President Eisenhower asked Congress to reform the tax code in 1954. Congress obliged, adding more deductions and credits and in turn, making the tax code much more complicated. It also pushed the tax deadline forward to April 15th. Historians stated that as the middle-class grew, the IRS had to issue more refunds. Pushing the deadline back, also allowed the federal government a chance to hang onto the money a bit longer. It was also thought that it gave Americans a chance to  recover from the spending that occurred during the Christmas season. Today, the filing deadline for U.S. federal income tax returns for individuals remains April 15 or, in the event that the 15th falls on a Saturday, Sunday or holiday, the first succeeding day that is not a Saturday, Sunday or holiday.

For the first time since 1955, the filing deadline was pushed back from April 15th to July 15th due to the coronavirus pandemic that has effected businesses, individuals and the world as a whole. We understand that our community, clients, friends and families have felt the tremendous strain caused by this tragic virus. And while we are a long way from returning to normalcy, our firm is dedicated to helping you navigate through these complex times.  So on a day that is typically celebrated by accounting firms as an end to a busy season and often dreaded by individuals with taxes owed, we want to take this time to say thank you to all who have put their trust in us for their personal and financial needs. As with the many other disasters that have befallen our local community, we will make it through this tragedy as well. The health, safety and well-being of our staff, clients and community is a top priority for us. And while the shelter in place continues, please know we are working hard to meet your needs and provide the best financial solutions for you and your businesses. For more information on tax deadlines, relief provided by the CARES Act and other updates that may impact you, please visit our blog. You can also sign up for our newsletter and follow us on Twitter for latest information. And if you have questions or concerns, please reach out to your Linkenheimer CPA. We look forward to helping you.

Wishing you all good health, safety and well-being,